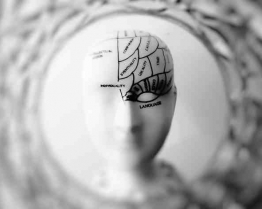 The research of neuroeconomics can be divided into two categories

However, it seems that this emerging discipline has not clearly defined its research content, and most of the research under its definition framework can be attributed to the research topic of neuroeconomics. In the survey we found, that the contents involved are all-inclusive, such as reward acquisition; certainty, fuzziness and delay of satisfaction; learning and strategy; cooperative preference; utility and reward system; fairness, altruism and trust; learning, memory and knowledge; economic decision-making.

Dr Martin Vestergaard MSc PhD MA
Position: Professor of Wolfson College, Cambridge University; Department of Physiology, Development and Neuroscience
Biography: Martin Vestergaard is a neuroscientist interested in the psychology of decision-making, mental health & communication
Martin's research interests include mechanisms of automatic processing in sensory systems and their evolutionary basis, cognitive aspects of auditory perception, and behavioural and neural aspects of economic decision-making. He uses psychophysical, electrophysiological and neuroimaging methods to identify behavioural and neural indices of reward processing and auditory specialization. A key finding in his early work is that humans and other animals may have evolved an ability to judge the competence of suitors and predators by gauging skeletal size from their communication signals.
Martin received his PhD in Psychological Acoustics from the Technical University of Denmark (DTU) where he had previously earned his MSc and EE degrees following undergraduate and graduate studies in Electrical Engineering and Communications at DTU and in Systèmes électroniques et Informatiques Industrielles at Polytech Nantes. He was a Research Fellow at the Centre for the Neural Basis of Hearing, Cambridge before he moved on to study the cognitive aspect of the reward system in the Department of Physiology, Development and Neuroscience.
He became a Fellow and Tutor at Wolfson College in 2011, and since 2016 he has held the role of Deputy Senior Tutor.